Development and maintenance of a long term Investment Strategy for Northern Ireland (ISNI) is one of SIB’s core statutory responsibilities as set out in the Strategic Investment & Regeneration of Sites (Northern Ireland) Order 2003.

The principal objective is to set out a clear framework for future investment in major capital projects across the region in order to assist in their planning, financing, procurement and delivery.

The ISNI is drafted by SIB on behalf of Ministers, working closely with the Executive Office and Department of Finance, and with officials from the spending departments. It is one of the Executive’s three high level policy documents, published alongside and consistent with the Executive’s Programme for Government (PfG) and Budget.  It sets out the Executive’s plan for capital investment by all departments and arms-length bodies for the 10-years ahead, including transport infrastructure, schools, colleges, health facilities, social housing, water infrastructure and public sector office accommodation.

SIB also monitors the delivery of capital projects funded under ISNI and issues regular reports to MLAs, chairs of Assembly committees and industry stakeholders, and  maintains the ISNI Information Portal (www.isni.gov.uk) to inform stakeholders and the public on progress with schemes in development that are funded under ISNI.

The current ISNI is coming to an end, and an updated Investment Strategy for Northern Ireland, covering the period 2021-31, is now being developed by SIB alongside work by TEO to update the Executive’s Programme for Government (PfG).  As in previous years, it will set out planned expenditure for the following areas:

The majority of the finance for ISNI comes from the NI Block Grant. In addition, there are 39 operational Private Finance Initiative (PFI)/ Public-private Partnership (PPP) schemes in Northern Ireland; these have delivered capital assets financed from private sources.

SIB leads all aspects of the development, implementation and monitoring of ISNI. This includes: 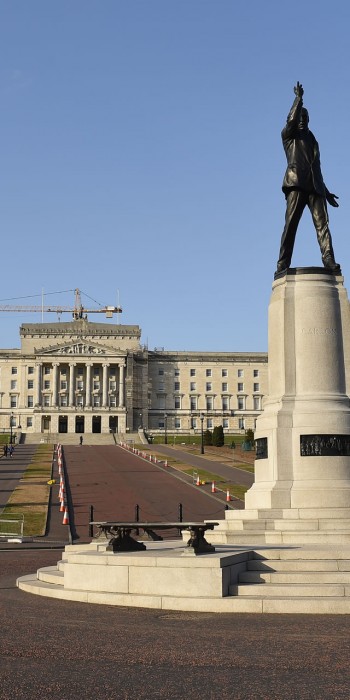